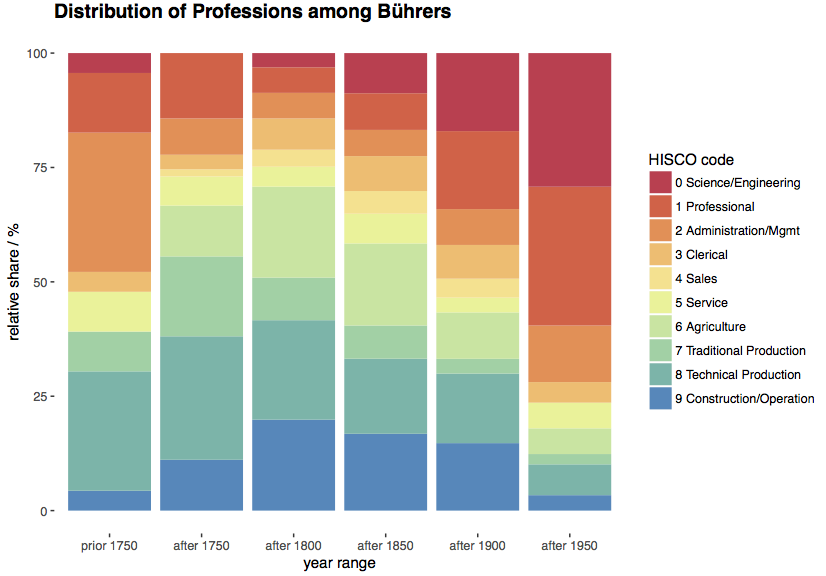 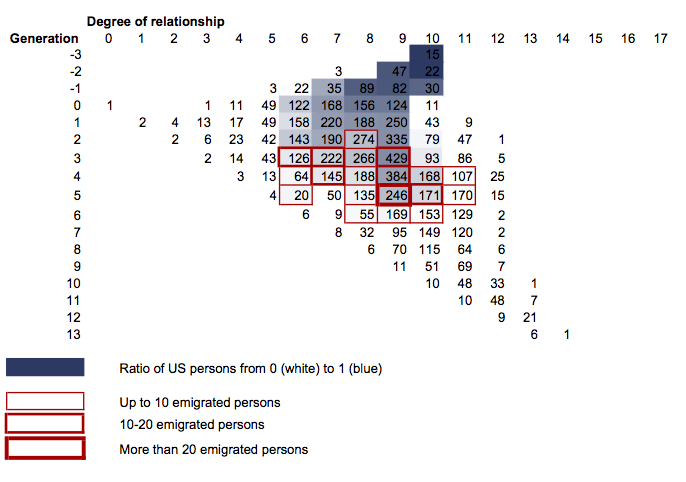 Note that indicated degree of relationship according to my calculation (I didn’t find an authoritative source on how to calculate it) doesn’t increase in direct descendancy unless the generation is below 0. 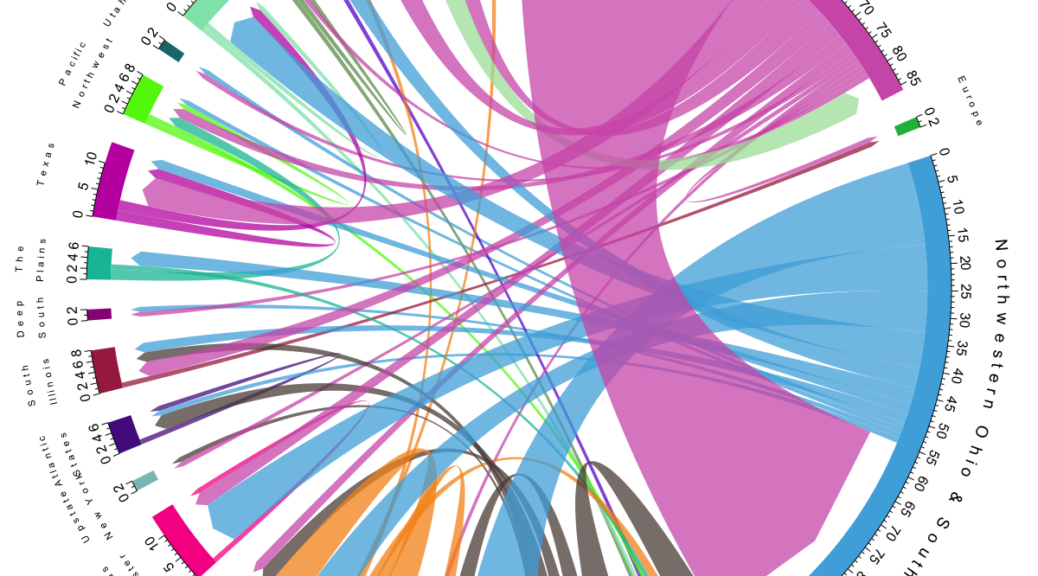 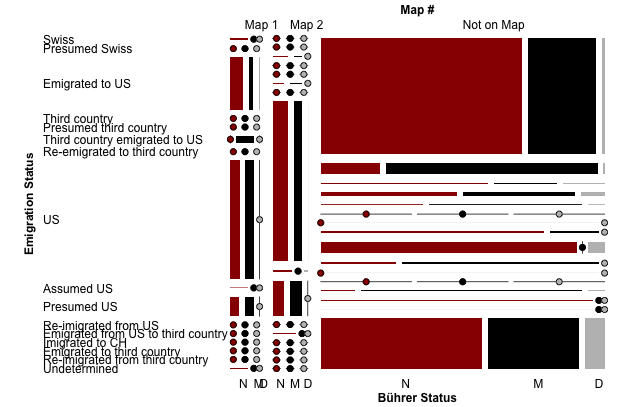 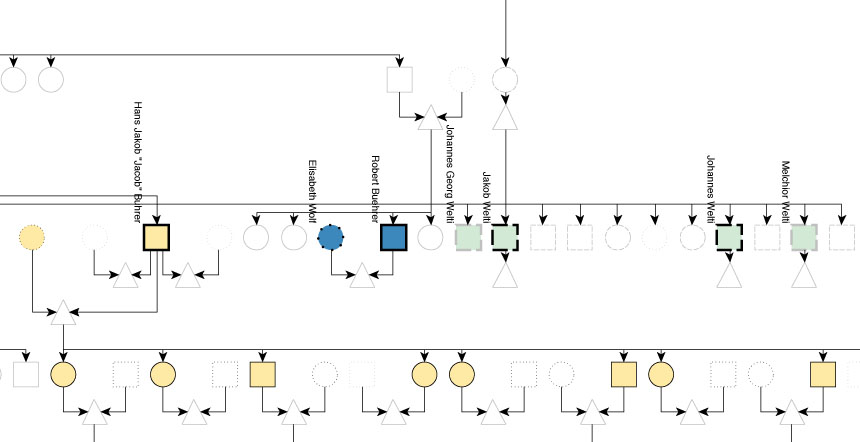 The – with 13 A3 pages very wide – family tree (Family Tree of Emigrated Buehrers) shows all persons that emigrated to the United States including their ancestors as well as their immediate relatives. Persons are aligned horizontally by generation, with oldest generations on the top. Squares denote males, circles females and triangles marriages. Persons represented by black line symbols are shown on the map whereas those with grey line symbols are not. Otherwise symbology follows the one for the map, i.e. line styling indicates category and colours show common male ancestors.

Data for the family tree was prepared in the project’s PostgreSQL database stripping irrelevant persons and families. The family tree was drawn in yEd (http://www.yworks.com) in “Family Tree” mode and styled via Properties Mapper. 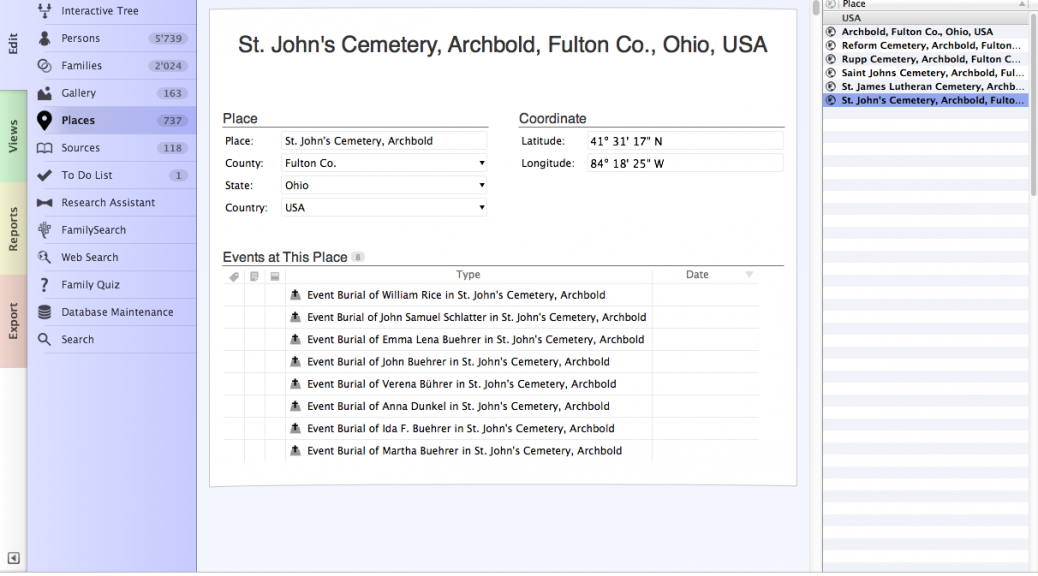